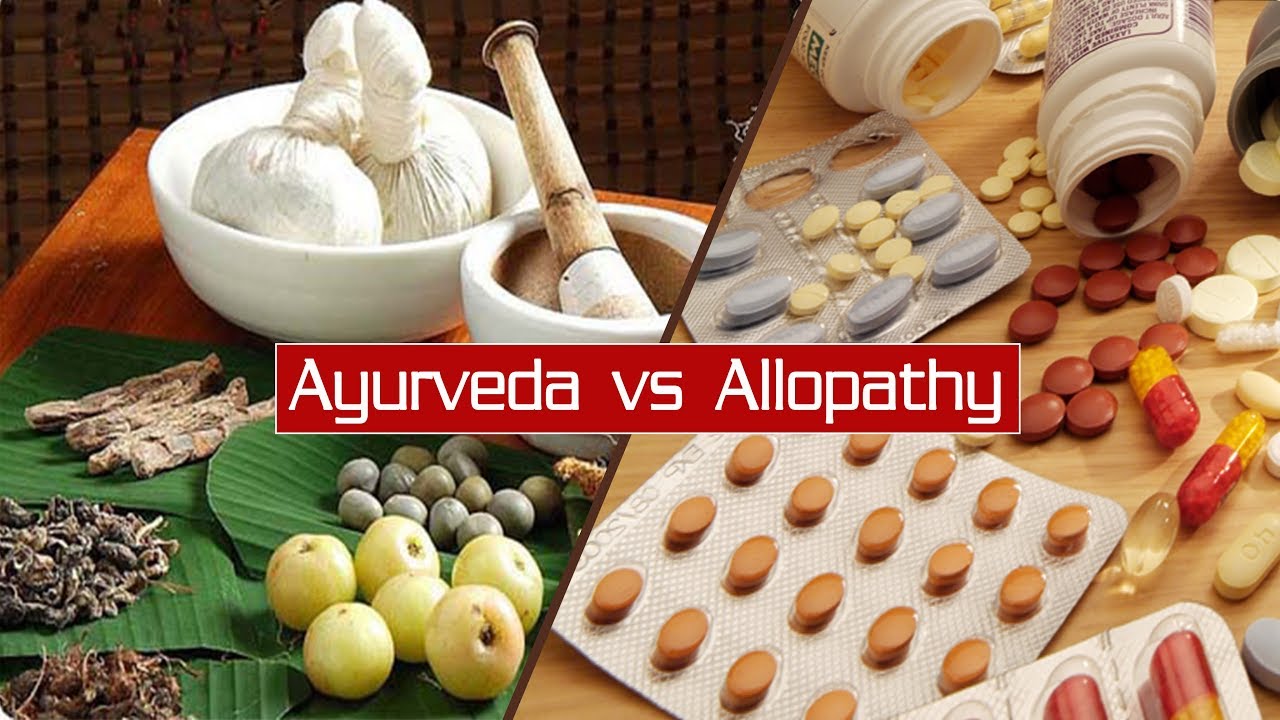 What’s the first thing that comes to your mind when you are thinking about Ayurveda vs Allopathy?

Ayurveda is a curative wonder which was brought into light thousands of years ago. Ayurveda is such a treatment that, it cures the illness leaving no side effects. It is a treatment which uses herbs and natural ingredients.

Allopathy, Western Medicines, have too emerged about to Ayurveda. It has made its own place in the new era. Allopathy is able to fix the illness temporarily with leaving behind many side effects.

Ayurveda will never help you in curing problems like cardiac arrest, jaundice, dengue, shortness of breath, severe throat infection etc. The reason for this is that there are certain diseases where only injections can cure and provide relief. Allopathic also comes into use when you’re severely injured or had a surgery which was indeed painful once the anaesthesia stops working.

Western Medicines come along with a lot of side effects, but indelibly cure the illness.

Conversely, Ayurveda is well known to point out the root causes of the issue and it curing it. Although it could have contraindications to a very small extent depending on your body’s reaction towards a particular ingredient, but the chances of this are very mild, ergo, one can take the risk.

But in contrast, Ayurveda heeds the “The Great Five Elements”: Prithvi, Jal, Agni, Vayu and Aakash theory. According to this theory, there should be consonance with the ‘fault’, ‘tissue’ and the ‘impurity’. Ayurveda focuses on the balance between the three elemental energies (Doshas) Vatt (Air + Space= “wind”), Pitta (Fire +Water= “bile”) and Kapha (Water + Earth= “phlegm”).

It’s very straightforward. You do not dampen the leaves in order to make the plant look beautiful, you souse the roots so that it would grow up as an alluring healthy plant in the long-term. Ayurvedic treatment works the same way, we think long term. We do not just cure the symptoms; we cure the root cause itself so that you never have to get a treatment again.

In Allopathy, if two persons are suffering from one same illness, the treatment given to them will be same. Hence, no individuality is kept in mind whilst Allopathy.

While in Ayurveda, the treatment is individualized according to the person’s body constitution, (Vata, Pitta, and Kapha) and treated as per the requirements.

Allopathy derives with a chain of side effects. This is one of the major drawbacks of Allopathy. Each prescribed medicine is linked with some side effects, because we need to cure them too, we need to take more medicines and the cycle keeps moving.

We eyelessly believe that Ayurveda has no side effects for they are made from herbs and natural ingredients. But, if not used properly, Ayurvedic medicines can cause adverse effects. Also, the medicines should be used in their purest forms without any adulteration.

Allopathy comes with a lot of side effects,

Which will ultimately result in a lot of aches!

What to use when,

But before that, come to Sarvah Ayurveda and acquire a little gen